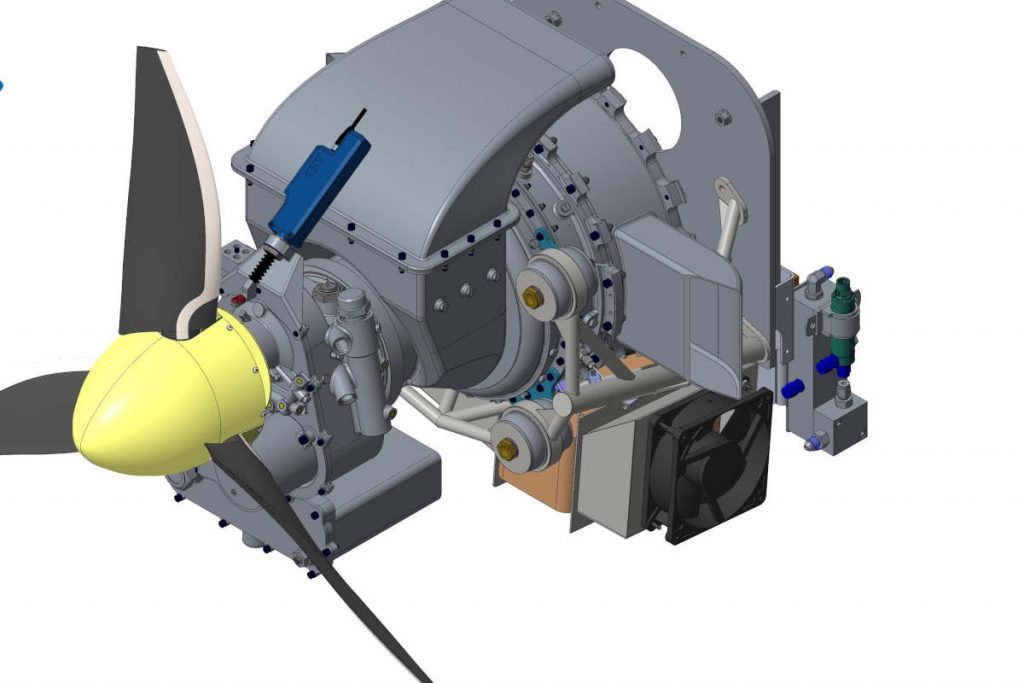 UAV Turbines (UAVT) explains the Monarch RP has passed all critical tests in the cell, working through its operating cycle repeatedly, and for extended times. As a result, UAVT is now working with a commercial airframe partner to conduct ground testing.

“After several years of intense effort, our talented team of engineers has developed a complete, turnkey microturbine propulsion system for Group 3 and 4 UAVs that is unique in both utility and function,” said Kirk Warshaw, CEO of UAV Turbines. “Throughout the design process, we focused on creating the world’s first reliable, lightweight, high-performance microturbine engine for small aircraft that runs on heavy fuel. As we have matured the design, we now recognize that a microturbine in this category has limitless possibilities across the propulsion spectrum.”

The Monarch RP microturbine, according to UAVT, was designed to outperform conventional reciprocating engines in the following ways:

• Monarch RP will provide more time in the air and less time being serviced on the ground with upwards of a 2,000 hour increase in operation time between overhauls when compared to available Class 3 engines;

•The reliability of Monarch RP eliminates the need for extra engines for a single aircraft;

• The flexibility to run efficiently on all types of heavy fuels, such as jet fuel, makes Monarch RP safer and more convenient than engines running on volatile aviation gasoline; and

• Monarch RP generates useful on-board electrical power that is two to three times greater than what is produced by conventional engines.