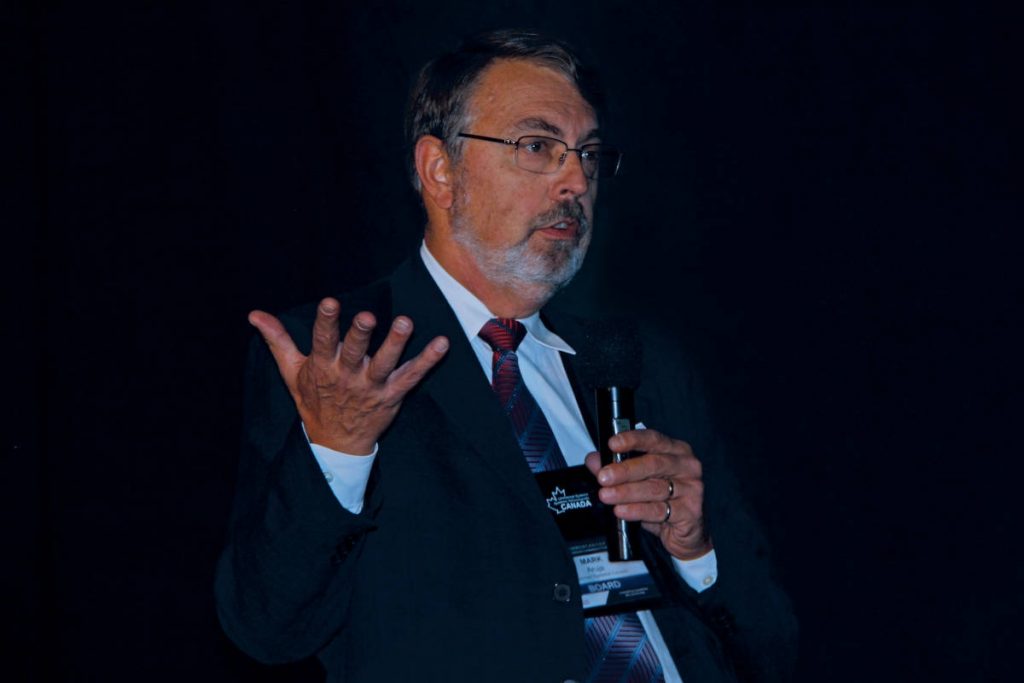 The following article was originally published in January 2019 by Canadian Security, a property of Annex Business Media.

The rapid development of Unmanned Aerial Systems (UAS) over the years has brought global attention to managing associated aviation safety risks. Developing safe practices which bring together best practices in training, processes and technology applications has been the cornerstone of UAS regulatory development in Canada since the joint government/industry Unmanned Aerial Vehicle (UAV) Program Design Working Group was established in 2010.

Since then, industry and regulator guidelines have been developed, enabling rapid growth. For example, in 2012, Unmanned Systems Canada (USC), a not-for-profit that promotes the development of the Canadian unmanned systems industry and Transport Canada (TC), respectively, published guidance for the industry and regulator regarding the operation of small UAS in Visual Line of Sight (VLOS). While there were only 100 authorizations for commercial operations of small UAS that year, there were over 4,000 commercial certificates last year.

The consolidation of lessons learned by both industry and the regulator has resulted in the publication of regulations on January 9, 2019, governing VLOS operations. But what role do safety and security play in the development of this industry, and what should we expect in the near future?

The commercial UAS industry in Canada has doubled every two years with new applications continuously being developed. Today, over 1,000 Canadian companies are engaged in the UAS sector, two-thirds of which are operators — and safe operations are critical to their success.

Although there have been disturbing reports of UAS sightings that could endanger aviation, these are almost exclusively attributable to recreational flyers, with no confirmed reports of malfeasance by the commercial industry. Therefore, industry has a vested interest in working with stakeholders to educate and — if necessary — support the enforcement of safety violations.

Fortunately, Transport Canada has now assigned resources to the task with the creation of a 30 person-strong Remotely Piloted Air Systems (RPAS) Task Force in 2017. However, industry and government are not the only key players in developing UAS safety best practices.

Reducing risk through technology
UAS technology has made tremendous strides in improving the reliability of these systems. Software updates have added more safety features that are amortized across a massive inventory.

For example, features such as geofencing, which can prevent a UAV from entering a restricted area or from being activated within one, are now ubiquitous. Likewise, flight control software, electric motors and datalinks ensure robust performance. Most of these developments are applied to small devices —categorized as those weighing less than 25kg — and designed to operate within visual sight of the operator.

However, the major commercial opportunities lie with Beyond Visual Line of Sight operations. BVLOS requires procedural and electronic means to be in place in order to achieve hazard avoidance. There are a range of possible scenarios in which BVLOS is required, from a crop survey over several sections of land to surveying a thousand kilometres of pipeline with variations in topography, weather and airspace type.

In fact, trials have started with four Canadian consortia (selected by Transport Canada) that are demonstrating BVLOS operations in coordination with TC. USC is supporting these trials with a BVLOS best practices document, published in 2017, and, more recently, with funding for the deployment of a national risk assessment model.

Safety is at the core of these trials, which aim to identify use cases that can be adequately managed from an aviation safety perspective to permit commercial operations as early as 2019. Expected outcomes include the development of technical certification standards for larger UAS (beyond 25kg), operational processes and knowledge requirements. With the reduction in bureaucratic requirements associated with the announcement of regulations, Transport Canada has indicated that they now have resources to turn to this effort.

Not only do UAS operations lead to improved business practices in numerous applications, but some, such as geomagnetic survey in the mining industry and crop-dusting, are also anticipated to reduce aviation risk.

A particularly exciting development is Unmanned Traffic Management (UTM). UTM envisages using existing communications infrastructure such as LTE (and 5G in the near future) to provide automated computer-based management of UAS assets, integrated with the existing Air Traffic Management system.

In January 2019, after six months of exploratory discussions, TC and NAV CANADA jointly chaired the inaugural meeting of a steering committee, which also included DND and expert participants from Canada, the U.S. and Europe to explore ways to develop a national roadmap for implementation. Safety and security go hand-in-hand as network security needs to be assured. Rapid innovation is taking place with many technologies, such as blockchain, which could be used to secure flight plan ‘contracts.’

With the imminent completion of the Iridium NEXT satellite constellation, Aireon will be able to provide space-based global air traffic management services. As the Iridium constellation also provides proven UAS command and control communication links, the prospect of utilizing this system across Canada to integrate the management of manned and unmanned traffic has a lot of potential for the near future.

The transition to computer-based traffic management will also change operational processes. A driving commercial influence is in logistics services where manpower costs are the most significant. Whether it be parcel delivery, defibrillators or postal services, urban planners and technology developers foresee an integration of smart cities with automated vehicles both on the ground and in the air as the future of mobility.

Concerns and counter-UAS technologies
As the UAS industry expands, and commercial success stories accumulate, so do concerns about malfeasance and counter-UAS technologies, driven by the use of UAVs by terrorists in the Middle East and elsewhere. Defence needs are also driving innovation and investment, while other applications such as special events and prison protection are also being funded.

A number of Canadian companies are active in this field, developing sensor technologies including optical, acoustic and radio frequency (RF) with decision-support tools. Some of these technologies are being trialed at Canadian airports. In fact, at Edmonton International Airport ground-breaking work is being done to integrate counter-UAS technologies into airport operations.

Generally, the counter-UAS market can be divided into two categories: Cooperative and non-cooperative targets. Co-operative targets are easier to deal with and are typically those used at airports where recreational flyers operate ‘in the neighbourhood.’

Therefore, activities can be monitored and procedural intervention can be taken when necessary. Non-cooperative targets are expected to be driven by military requirements or sensitive critical infrastructure, which requires access to the most sophisticated and often sensitive technologies, integration with complex command and control systems and the most significant investment.

Ultimately, the UAS industry is a good news story in every respect in Canada. A close working relationship between industry and the regulator has been founded on a crawl-walk-run strategy, which is now unfolding with the publishing of legislation for small UAS, and the expectation of commercial BVLOS operations commencing in 2019. All of these efforts have been predicated on the assertion that the best safety practices make for best business practices.

BIO
Mark Aruja is the Chairman of the Board for Unmanned Systems Canada, a not-for-profit that promotes the development of the unmanned systems industry in Canada. Aruja joined the Board in 2003 and has experience in defence, government, industry and the not-for-profit sector spanning over 40 years.