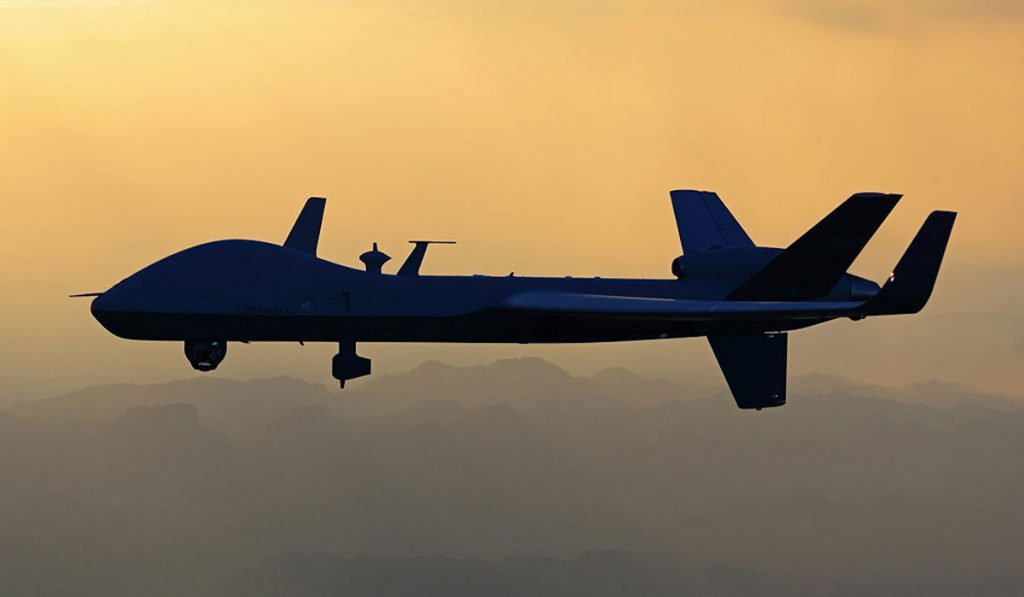 The MQ-9B is built for all-weather performance with lightning protection, a damage tolerant airframe, and a de-icing system. (Photo: GA-ASI)

The contract covers the design, development, integration and production of the RPAS with its EO/IR video and SAR/GMTI surveillance payloads, as well as Certifiable Ground Control Stations (CGCS), Portable Pre-Flight/Post-Flight Equipment (P3E), ground support equipment and spares. First delivery is expected in 2023.

“We look forward to providing our RPAS to meet Belgium’s mission requirements, while also supporting the NATO Alliance,” said Linden Blue, CEO of General Atomics Aeronautical Systems (GA-ASI). “Through our Belgian R&D seed-funding initiative, we are connected with many Belgian companies interested in further improving the capabilities of the SkyGuardian system.”

The UK Ministry of Defence selected SkyGuardian for its MQ-9B Protector program, and recently concluded the production contract for deliveries to the Royal Air Force. SkyGuardian was also selected by the Australian Defence Force under Project Air 7003.

MQ-9B is GA-ASI’s most advanced RPAS. GA-ASI named its MQ-9B aircraft SkyGuardian, and the maritime surveillance variant SeaGuardian, which is fitted with a multimode 360-degree field-of-regard Maritime Patrol Radar and optional sonobuoy capability.

GA-ASI also notes MQ-9B is provisioned for the GA-ASI-developed Detect and Avoid System (DAAS) to enhance safety of operations in civil and military airspace. The MQ-9B is built for all-weather performance with lightning protection, a damage tolerant airframe, and a de-icing system.