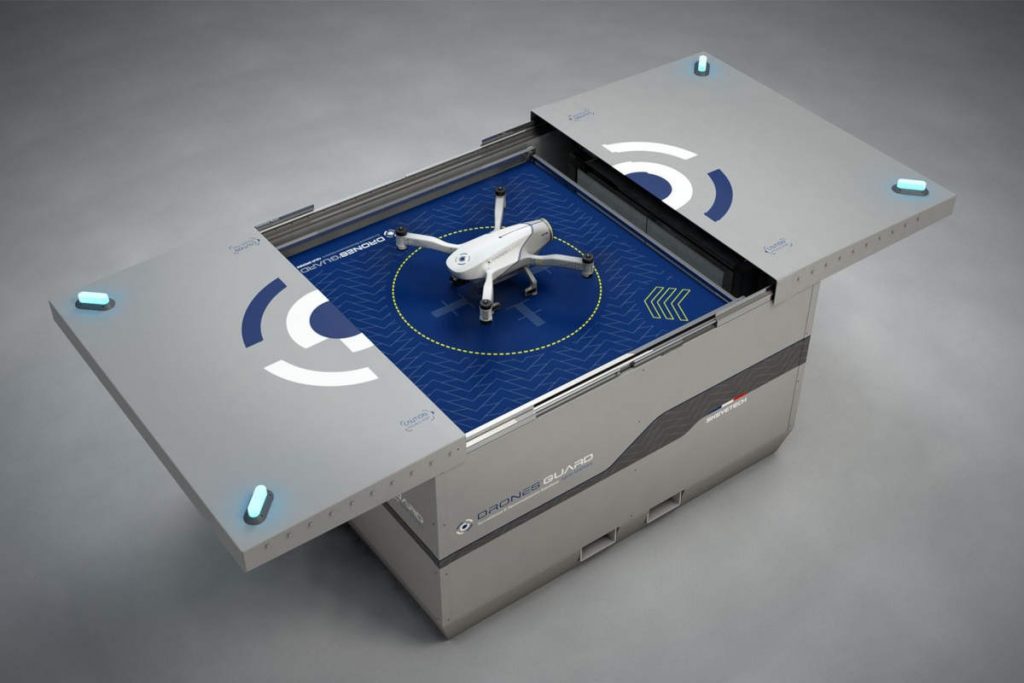 Azur Drones of France, which specializes in surveillance UAVs, received what it describes as the first and only approval from the Directorate-General for Civil Aviation (DGAC) for the flight of a fully autonomous drone in the country.

Operated via Azur’ Skeyetech system, the drone takes off from a docking station and requires no remote pilot. This specific approval from DGAC, which regulates drones uses in France, is described by Azur as unprecedented since any authorized flight scenario in France requires a qualified pilot. Azur states it is aiming to make autonomous drone use a standard in the security market, in France and overseas. The company is in discussions with authorities for similar approvals in other countries.

Azur explains Skeyetech drones can fly over private areas, Beyond Visual Line Of Sight (BVLOS), day or night, in urban areas, under the supervision of a remote operator. With this unique approval, Azur explains the system will be directly operated by a security guard with no pilot license. The drone will thus be used to patrol an area or provide aerial insights in case of an alarm.

“We are very proud of this approval which rewards an 18-month close collaboration with DGAC services,” said Stéphane Morelli, Azur Drones Managing Director. “Our system had to comply with the civilian aviation authorities’ requirements in terms of safety, reliability and quality. A process that was obviously very demanding due to the fully automated character of our system.”

Founded in 2012, Azur Drones is now the European leader in surveillance UAVs. Pioneer in drone solutions with no pilot, the company has developed a fully autonomous drone solution for safety and security applications, even in the most sensitive and complex environments. Skeyetech system is the first autonomous drone in Europe approved by the authorities. It can carry out patrols, reconnaissance flights or assist in crisis situations 24/7.