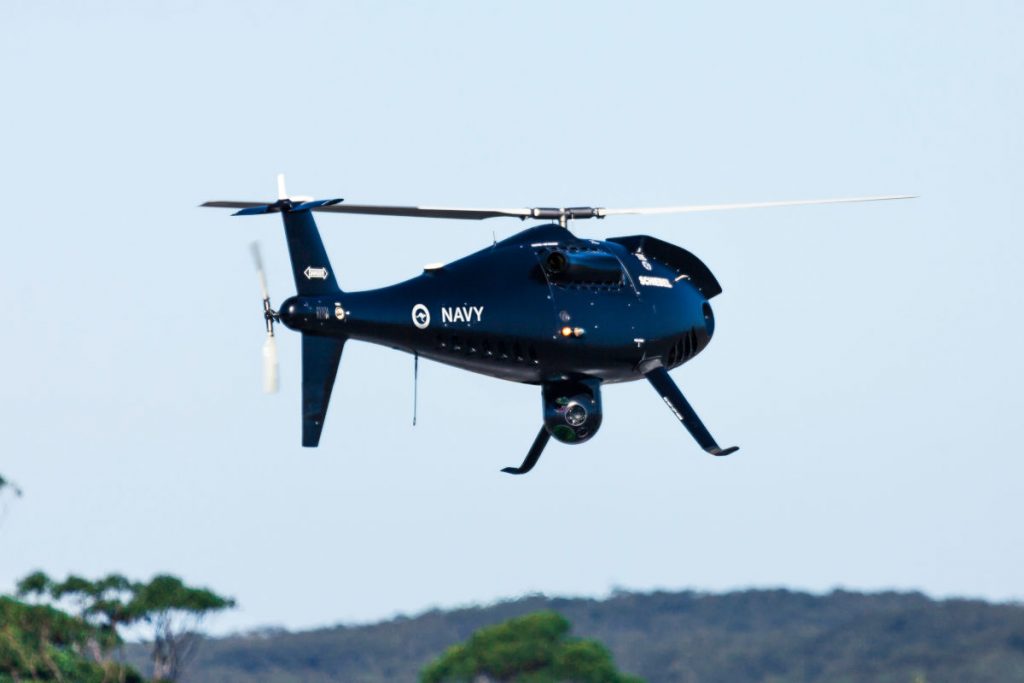 The Royal Australian Navy is evaluating the CAMCOPTER S-100 for its Sea 129 Phase 5 Program, which will select the future UAS capability for its new Arafura Class Offshore Patrol Vessels (OPVs), as well as other ships. (Photo: Schiebel)

The heavy fuel S2 engine is described by Schiebel as a next-generation replacement for the current propulsion unit of the CAMCOPTER S-100, which has been in development for the past 12 years.

Schiebel explains enhancements offered by the S2 engine will enable the Royal Australian Navy (RAN) to expand its test and evaluation program for Vertical Takeoff and Landing (VTOL) UAS capabilities ahead of its Sea 129 Phase 5 Program. This program will select the future UAS capability for the RAN´s new Arafura Class Offshore Patrol Vessels (OPVs), as well as other ships.

This configuration, explains Schiebel, provides operators with the capability to locate and confirm the identity of vessels at sea, as well as transmitting the information in real time to users equipped with RoverTM remote video terminals. The new S2 heavy fuel engine is initially cleared for JP-5 (F-44) and Jet-A1 fuels with other fuel types to be approved in future.

“Given the single fuel policy adopted by the world’s navies, we have responded to the requirement and have now developed, tested and produced our own Schiebel-designed heavy fuel engine for the CAMCOPTER S-100 system,” said Hans Georg Schiebel, Chairman of the Schiebel Group.

The CAMCOPTER S-100 is designed to operate by day and by night, under adverse weather conditions, with a beyond line-of-sight capability out to 200 km / 108 nm, over land and sea. Its carbon fibre and titanium fuselage provides capacity for a range of payload / endurance combinations up to a service ceiling of 5,500 m / 18,000 ft. In a typical configuration, the CAMCOPTER S-100 carries a 34-kg / 75-lbs payload up to 10 hours and is powered with AVGas or JP-5 (F-44) and Jet-A1.