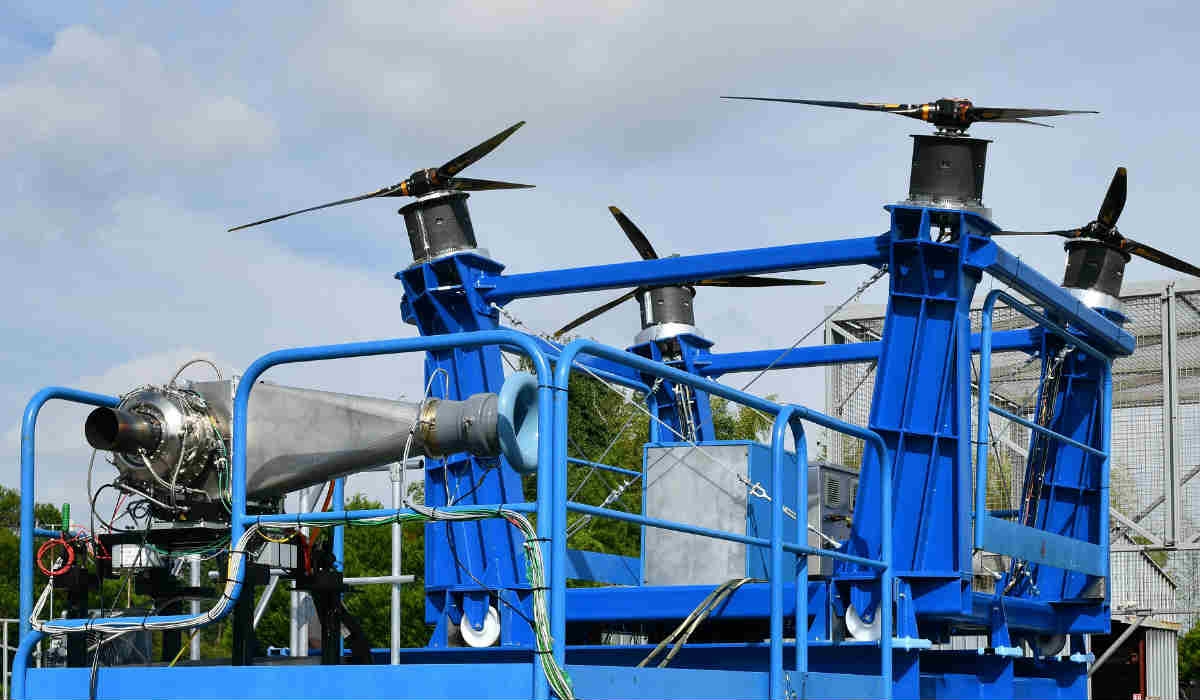 “Following the recent announcement of our partnership with Bell concerning mobility on demand, this latest milestone clearly reflects Safran’s determination to invest in the development of hybrid electric propulsion systems, which will be the foundation of future propulsion solutions,” said Stéphane Cueille, senior executive vice president for R&T and innovation at Safran.

RELATED: Bell and Safran to collaborate on VTOL

The company explains, that in a distributed hybrid electric propulsion system for aircraft, a turbo-generator – a gas turbine driving an electrical generator – is coupled to a bank of batteries. This system then powers multiple electric motors turning propellers to provide propulsion. The power is distributed by a new-generation power management system and the motors are controlled by a smart power electronics assembly.

Several operating modes were tested and validated by Safran, with the electric motors powered only by batteries or by a combination of batteries and turbo-generator. The system generated 100 kW of electrical power. The testing was done by Safran Helicopter Engines, Safran Electrical & Power, and Safran Power Units, in conjunction with Safran Tech – the company’s research and technology centre.

Jean-Baptiste Jarin, Safran Helicopter Engines vice president, Hybrid Propulsion System Program, said: “This test marks a major step forward in demonstrating our ability to offer hybrid propulsive solutions for tomorrow’s aircraft. We are on track to meet our goal of testing a more powerful system in the near future.”