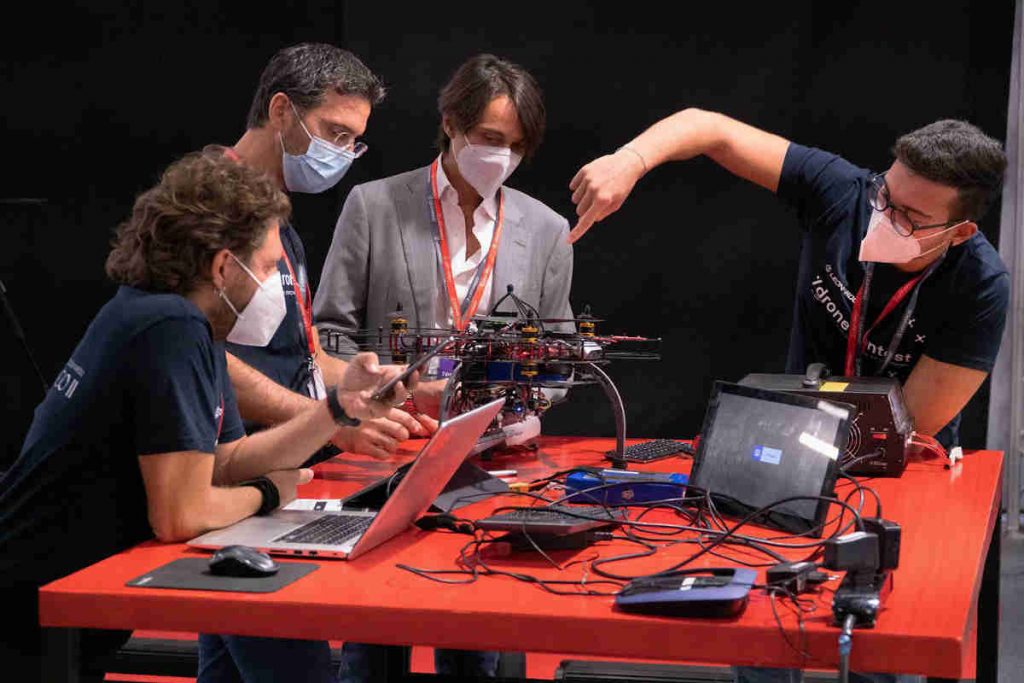 Leonardo held the first drone contest challenges in Turin on September 18 with the six universities. The program will include two more annual sessions with progressive innovation goals until 2022. (Photo: Leonardo)

The Politecnico di Milano won the first edition of the Leonardo Drone Contest, formatted as an Open Innovation Challenge, launched by Leonardo in collaboration with six Italian universities to promote the development of Artificial Intelligence for unmanned systems. The Polytechnic University of Milan, with about 42,000 students, is the largest technical university in Italy.

The winning project led by doctoral student, Gabriele Roggi of the Politecnico di Milano, aims to develop a drone equipped with autonomous driving and navigation capabilities. Under the supervision of Professor Marco Lovera, the team is developing systematic methods and tools for the design of on-board autonomous functions and a localization algorithm for motion planning and collision avoidance.

The first edition of the competition involved collaboration between industry and universities, implemented over months of work. The competition officially started in June 2019 and will ultimately involve three scheduled contests with the final one taking ending in 2022. Over the next two years, the doctoral students, supported by the professors and in collaboration with the university teams and Leonardo, will develop and propose more innovative capabilities applied to unmanned drone systems.

Leonardo explains the goal of the Leonardo Drone Contest is to create synergies between development and academic research in the fields of Artificial Intelligence, Computer Vision, Sensor Fusion and Machine Learning for the development of technologies for applied artificial intelligence to unmanned systems and the birth of an ecosystem that involves large companies, universities, small and medium enterprises (SMEs), spin-offs and startups.