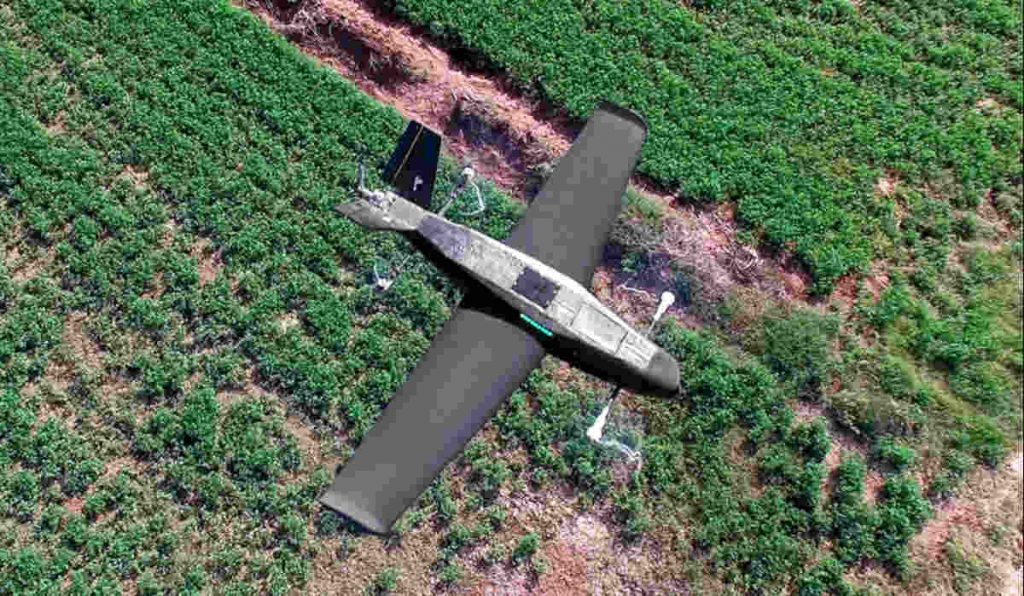 The Krossblade SkyProwler 2 crosses a field with both its wings attached for endurance and arms extended for hover. (Photos: Krossblade)

Krossblade Aerospace Systems, an aviation company founded in 2014 in Phoenix, Arizona, is set to commercially release its new SkyProwler 2 on January 31. The company’s UAV design is unique in its ability to be deployed in various configurations, including: Airplane configuration, focusing on aerodynamic fast, efficient forward flight; VTOL configuration, featuring a large rotor disc area for efficient hover; blade configuration with wings; and hornet configuration, which is wingless.

Krossblade explains its patent-pending switchblade mechanism forms the basis for these transformations of the SkyProwler aircraft, as well as its SkyCruiser concept for a vertical take-off aircraft that seats five people. This switchblade mechanism transforms an aircraft from the aerodynamic airplane configuration to the VTOL configuration, which features a number of rotors for hovering at low power.

The Krossblade SkyProwler 2 crosses a field with both its wings attached for endurance and arms extended for hover. (Photos: Krossblade)

Leveraging this technology, the SkyProwler UAV can be reconfigured to fly without wings. Users can remove the wings and fly SkyProwler more like a traditional multirotor. This makes it a slower aircraft with less range and endurance, but Krossblade explains its footprint becomes much smaller and more suitable for small spaces, while also becoming less susceptible to crosswinds when hovering. The wingless configuration can also holds lower vehicle weight.

Krossblade explains SkyProwler 2 shares many of the same basic design principles as Skyprowler 1, which was released in 2017. Version 2 of the UAV is both lighter and faster with a top speed rated for up to 80 mph. SkyProwler 2 also holds a longer mission endurance of around an hour (longer with a second battery installed) and a larger cargo compartment.

SkyProwler 2 also features a one-piece tail instead of a two-piece tail found on SkyProwler 1. As well, instead of four lids on the top of the aircraft, SkyProwler 2 only has two lids and it also has a wider landing-gear stance for more secure landings. SkyProwler 2 features digital 1080 HD instead of an analogue video downlink and a much longer range of the control and telemetry radio link of up to 10 miles (16 km).