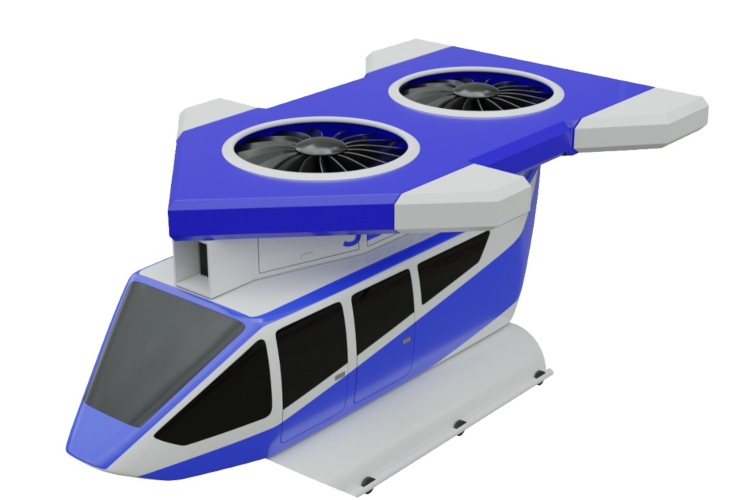 A mock-up of the Jetcopter VTOL air taxi is scheduled to be shown for the first time at the AERO 2019 general aviation trade exhibition, from April 10 until 13 in Friedrichshafen in Germany.

In its latest configuration, the Jetcopter will have five seats. It will be powered by two 500 hp (368 kW) converted automotive motors, rotating two 200 cm diameter air turbines. These air turbines, according to Jetcopter, will create an airflow velocity of 950 km/h. This airflow will be diverted to four endpoints, where it can be vectored to any direction, explains Jetcopter, resembling the system that was used in the Hawker Harrier in 1967.

The Jetcopter will also be able to hover like a drone. The company explains the pilot will only have to select the desired altitude, direction and speed to make the air taxi fly to its destination.

The vehicle, according to Jetcopter, will initially target EASA certification.