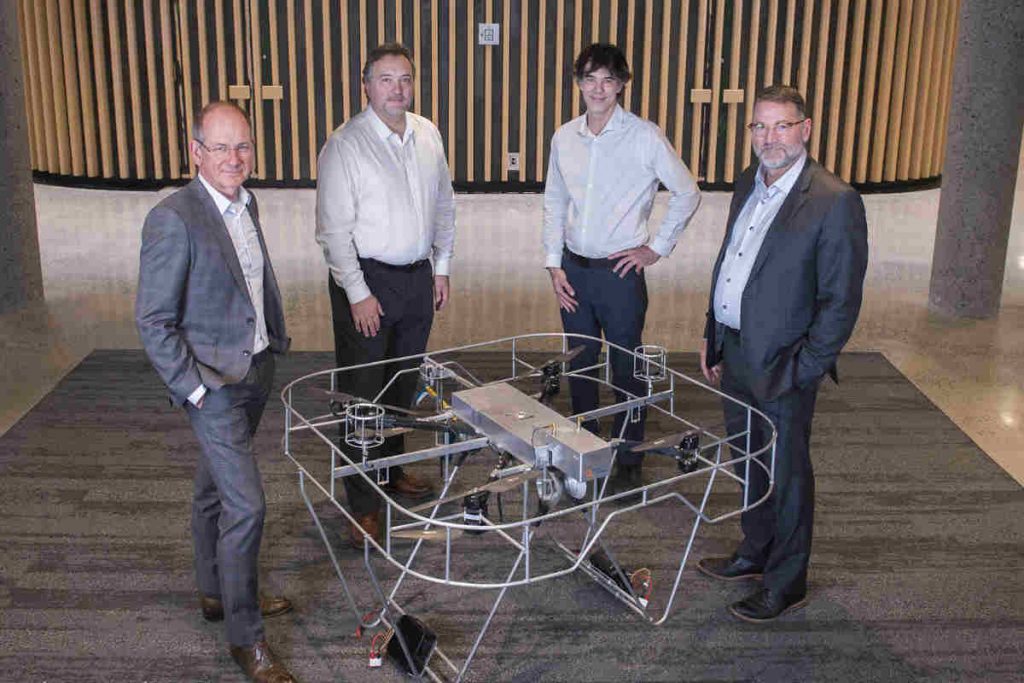 DRONE VOLT, which manufacturers professional civil drones and related artificial intelligence systems, signed a memorandum of understanding with Hydro-Québec around the exclusive development and marketing of a drone designed to inspect high-voltage power transmission lines.

Hydro-Québec explains its drone is unique in the ability to take very precise measurements on live lines using sensors developed by the teams at Hydro-Québec’s research centre. With this technology, work can be carried out without interrupting service and workers will face considerably fewer risks. The technology will also reduce the number of traditional helicopter inspections. Once the industrial and commercial partnership agreement is finalized, DRONE VOLT will be able to market the drone throughout the world.

“Hydro-Québec’s research centre is developing many state-of-the-art technologies in different fields, in particular robotics,” said Jean Matte, senior director of the research centre. “Our drone technology allows us to safely inspect high-voltage lines in a wide range of geographic and climatic conditions without compromising continuity of service. We have been testing this technology on our own facilities for some years now and it has proven its effectiveness in simplifying our activities.”

With an operation in Laval, Québec, as well as in the countries of Denmark, the United States, Switzerland and Indonesia, in addition to Benelux (representing an economic union between Belgium, the Netherlands and Luxembourg), DRONE VOLT Group was founded in 2011 in Villepinte, France, as part of GICAT – a French land and air-land defense and security industrial group.

“For several months, DRONE VOLT’s strategy has been to focus on the inspection of power grids, and this agreement attests to our know-how in this area,” said Olivier Gualdoni, CEO and chairman of DRONE VOLT. The company’s customers include government administrations and industrial groups such as the French army, the French Ministry of Defense, ENGIE, Total, Bouygues Energies & Services, ADP, the Air Transport Gendarmerie (GTA) and international government agencies.