The Flying-V scale model was flown for the first time at a German base. (Photo: KLM)

A scale model of the Flying-V flew for the first time since project partners KLM Royal Dutch Airlines and the Faculty of Aerospace Engineering at Delft University of Technology (TU Delft) in June 2019 announced an agreement to develop an aircraft design for the future. The Flying-V concept is to integrate the passenger cabin, cargo hold and the fuel tanks into the wings of the aircraft.

The Flying-V is being designed to carry approximately the same number of passengers as an A350, 314 in the standard configuration, and the same volume of cargo, 160 m3. The Flying-V will be smaller than the A350, giving it less aerodynamic resistance, with the ability to access existing airport infrastructure. 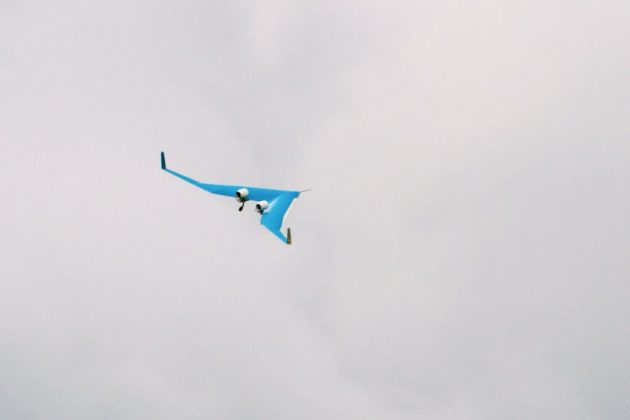 The Flying-V concept is to integrate the passenger cabin, cargo hold and the fuel tanks into the wings of the aircraft. (Photo: KLM)

Now, a year and a half after the project was announced, the design has undergone extensive wind tunnel tests and ground tests, leading to the first flight of the Flying V scale model. Last month a team of researchers, engineers and a drone pilot from TU Delft travelled to an airbase in Germany for the test flight.

“We were very curious about the flight characteristics of the Flying-V. The design fits within our Fly Responsibly initiative, which stands for everything we are doing and will do to improve our sustainability,” said Pieter Elbers, president and CEO, KLM. “We want a sustainable future for aviation and innovation is part of that.”

KLM explains the Flying-V is a design for a very energy-efficient long-haul aircraft. The company states computer calculations have predicted that the improved aerodynamic shape and reduced weight of the aircraft will reduce fuel consumption by 20 per cent when compared to today’s most advanced commercial-transport aircraft.