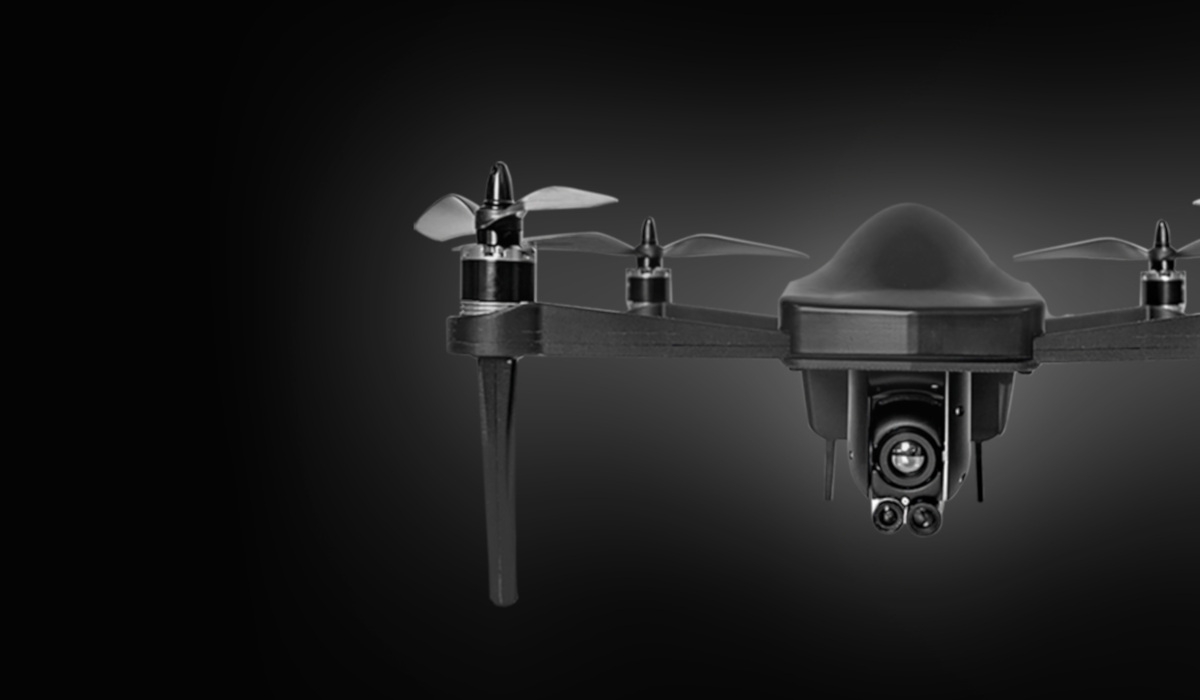 Drone Volt of France introduced Airshadow as a new mini drone that is programmable for automatic missions. It is designed for use in applications like surveillance, recognition, inspection, search and mapping in the security, safety, construction and energy areas.

Drone Volt specializes in onboard artificial intelligence and the manufacture of professional civilian drones with operations in France, Belgium, the Netherlands, Canada, Denmark, the United States, Switzerland and Indonesia.

The Airshadow is offered in two versions with this maximum range of five km. This includes a version with a high-performance camera weighing 180 g. The double EO-IR (Electro-Optical-Infrared) stabilized camera provides high image quality and sharpness, including a 20x digital zoom.

The other version holds a combination of a 160×120 thermal camera and a 2 megapixel colour camera. It is possible to switch from one camera to the other or to display the two in picture-in-picture mode. A new Drone Volt Control application enables simple and rapid mission programming. With its camera and infrared detector, it can acquire high precision images and videos both day and night (for example, license plates or faces). Data transmission is completely secured through the use of AES-256 encryption algorithm.

Drone Volt explains the rigidity of Airshadow’s nylon chassis is reinforced with carbon fibers to the system more shock-resistant. The Airshadow is compact (31 x 33 cm and 15 cm tall) and does not require before use, without a need to unfold the arms or mount propellers.

“The Airshadow represents true innovation, guaranteeing data confidentiality through its encryption system. Thanks to its new structure, it is extremely robust. Additionally, it has been designed to fly at high speeds in complete discretion. This new drone meets the market’s high expectations, particularly in the United States,” said Olivier Gualdoni, CEO of Drone Volt, which was founded in 2011.