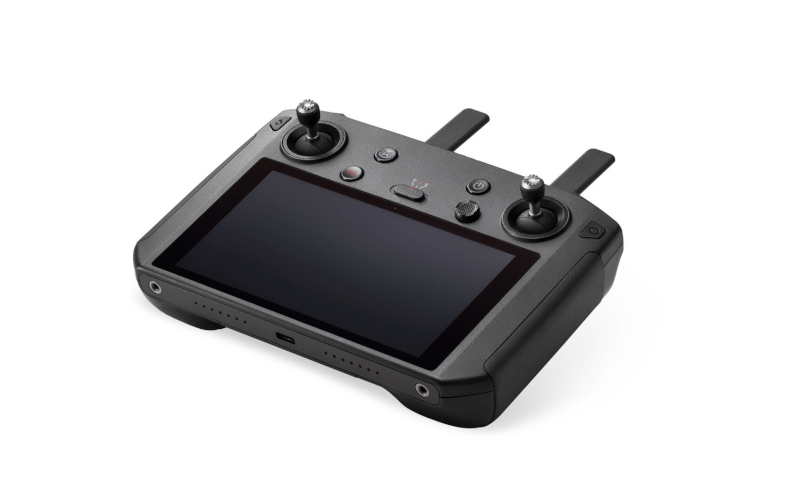 DJI, focused on civilian drones and aerial imaging technology, introduced a new remote controller for its newer drones at CES 2019. The branded Smart Controller, selling for an approximate retail price of US$649, features what the company describes as an ultra-bright display screen and controls optimized for DJI drones. The controller allows pilots to fly the newest drones without using a smartphone or tablet.

Using a 5.5-inch screen built into the controller itself, DJI explains the Smart Controller allows pilots to quickly get their drone in the air without the need to connect a mobile device. It can be paired with DJI’s Mavic 2 Zoom and Mavic 2 Pro drones, which use DJI’s OcuSync 2.0 video transmission system, displaying images in full HD resolution.

The new controller, optimized for use in direct sunlight, features a display with an output of 1000 cd/m2, twice the brightness of standard smart phones. A customizable Android dashboard supports DJI GO 4, DJI Pilot, along with various third-party apps such as editing programs.

The DJI GO 4 app also includes new features like SkyTalk, which allows pilots to livestream the drone’s camera feed to social channels including Facebook, Instagram and WeChat. Another new feature is DJI GO-Share which transfers imagery from the controller to a mobile device. The DJI Smart Controller holds 2.5 hours of battery life and the ability to operate in adverse temperatures as cold as -4° Fahrenheit and as hot as 104° Fahrenheit.