Features Emergency Services In the Field
Developing the CAMCOPTER 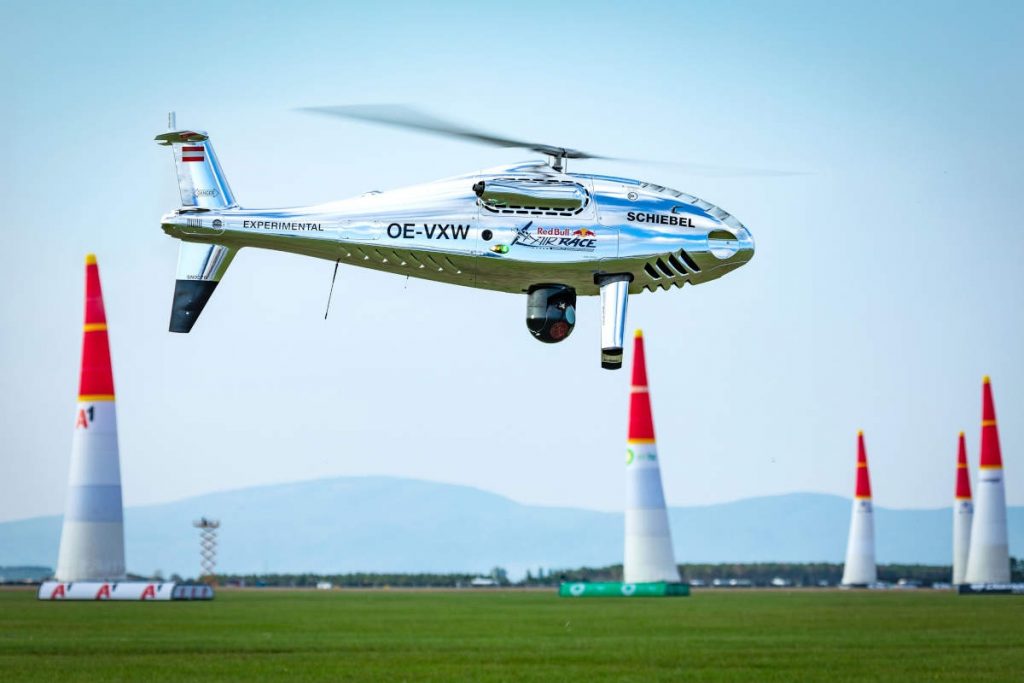 In September 2018, Schiebel helped bring the Red Bull Air Race World Championship to in Wiener Neustadt, Austria. Schiebel is based in Vienna, a 45-minute train ride north, but the company in 2006 opened up its primary production facility dedicated to the CAMCOPTER S-100 unmanned air system (UAS) in Wiener Neustadt.

It was the first time for Red Bull to hold one of its aerobatic fixed-wing races in Wiener Neustadt, but the series actually began in Austria 15 years ago this past June. The event allowed Red Bull and Schiebel to highlight a hotbed of Austrian aeronautical history and the S-100. An international audience watched Schiebel’s Vertical Take-Off and Landing (VTOL) UAS operate two flight displays per day. It also allowed the S-100 to show off some of its intelligence, surveillance and reconnaissance (IRS) power by simultaneously broadcasting an aerial overview of the venue on big screens. The Red Bull flight displays capped off an important year for the S-100 in terms of market acceptance.

Originally designed for the United Arab Emirates (UAE) Army, where Schiebel also maintains a production facility, and then the German Navy, the S-100 now has total orders of around 200, including the UAE’s original order for 40 aircraft. The S-100 has now logged more than 30,000 operational flight hours worldwide, as more country’s test this disruptive technology for a range of mission models like general surveillance, facility inspections, border patrol, re-supply, fire control, damage assessment, search and rescue operations, aerial photography and crowd control, among others.

Developed between 2003 and 2005, based on earlier UAV R&D conducted by Schiebel, the S-100 now has a beyond line of sight capability out to 200 km, over land and sea, night or day. With a payload of 25 to 50 kg, the aircraft holds a flight time of around six hours. Flights can be extended to more than 10 hours with optional external AVGAS fuel tanks, carrying around 35 kg. This capability finished testing in March 2012 based on an internally developed heavy-fuel engine that is interchangeable with the standard Diamond engine. The heavy-fuel engine allows for the use of fuels that are standard on marine vessels and safer to store and handle than gasoline. The standard 55 horsepower (41 kW) Diamond engine has a maximum speed of 220 kilometres per hour (140 mph) and a ceiling of 5,500 metres (18,000 ft).

The S-100 can launch in 15 minutes in the most rugged environments, with the system predominantly still geared toward marine use. Ultimately, the S-100 has a relatively small logistical footprint, which helps with its high-value, flexible and rapid deployment.

The Belgian Navy in July 2018 spent three weeks testing the S-100 as part of its goal to acquire new maritime-surveillance and search-and-rescue equipment. The flights were the first S-100 customer demonstrations with the recently integrated PT-8 Oceanwatch payload. This wide-area maritime search capability aims to solve issues around searching for small objects over vast areas. Oceanwatch autonomously detects small targets on the ocean surface. Most conventional cameras systems are restrictive for large-area searches when zoomed in and unable to pick up near-invisible targets when zoomed out.

Oceanwatch was used together with the L3 Wescam MX-10 primary payload to test coastal security applications. The technology is well suited for Belgium’s confined airspace and relatively straight coast line of around 70 kilometers, but the S-100 is also being tested by large-coast countries.

Weeks earlier, Schiebel demonstrated the heavy fuel variant of the S-100 for the Royal Australian Navy (RAN), which is looking for a shipborne ISR platform. Equipped with Wescam MX-10S, RAN tested the S-100 in operational ranges of up to 60 nautical miles (111.12 km) and altitudes above 10 000 feet (3,048 metres) to showcase its imaging capabilities.

The clearest sign of positive RAN testing came in September 2018 when the UAS maker founded Schiebel Pacific Pty Ltd (SPL) in Shoalhaven, a small Australian city between Canberra and Sydney. With existing defence contracts in the region, the new Schiebel entity is designed to provide the Pacific region, Australia in particular, with a permanent program, logistics and sales hub.

In March 2018, MDA, primarily operating out of Brampton, Ont., as a Maxar Technologies company, commissioned a fleet of S-100s to fulfill a contract with an international customer. Domestically, Canada is in the process of evaluating UAS platforms under its Remotely Piloted Aircraft System (RPAS) Project, which has attracted attention from the likes of MDA, CAE Canada, L3 WESCAM and General Atomics, among others. MDA explains it chose the S-100 platform, for its international customer, based on Schiebel’s record in supporting sea- and land-based ISR missions.

Another key test took place at Wiener Neustadt in April 2018 when an S-100 worked with an Airbus H145 helicopter. Defined as Level 5 interoperability, this test provided the user onboard the manned H145 with full control over the UAS and its payload, including launch and recovery. The testing targets what Schiebel calls highly valuable, mission-enhancing MUM-T flight operations. It leverages the strengths of both manned and unmanned systems by allowing pilots of manned aircraft to take full advantage of the IRS capabilities of the UAS, which ultimately improves safety and decision-making in complex, contested missions.