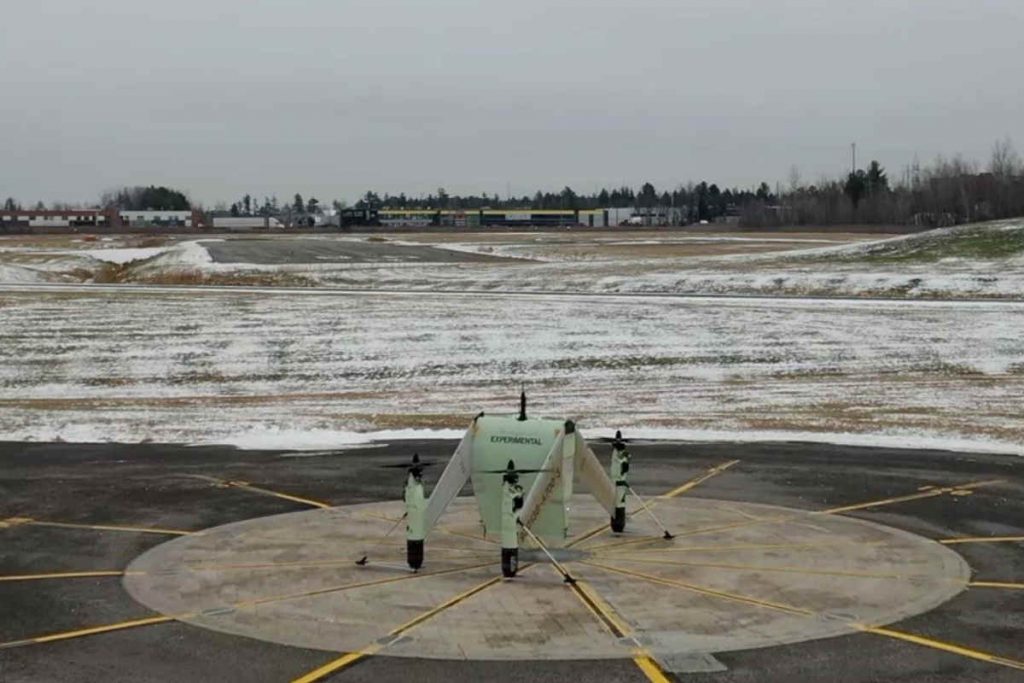 Bell on January 14 outlined a flight test of a first alternate configuration of its Autonomous Pod Transport (APT). The test was conducted on December 11 at the company’s Mirabel, Quebec, facility in collaboration with ARA Robotics.

Bell explains the alternate platform operates with the same architecture and propulsion system of its tail-sitter aircraft but utilizes a different airframe. The purpose of the project, according to0 Bell, was to explore variations in the design and evaluate changes in performance, autonomy and user interactions.

This technology demonstrator is co-funded by the Canadian Technology Demonstration Program (TDP), allowing Bell to test new technologies that promote advances in autonomy and electric propulsion.

“We are excited to demonstrate this configuration to show our potential customers how flexible, scalable, and customizable this aircraft can be,” said Michel Dion, senior manager, Innovation, Bell.