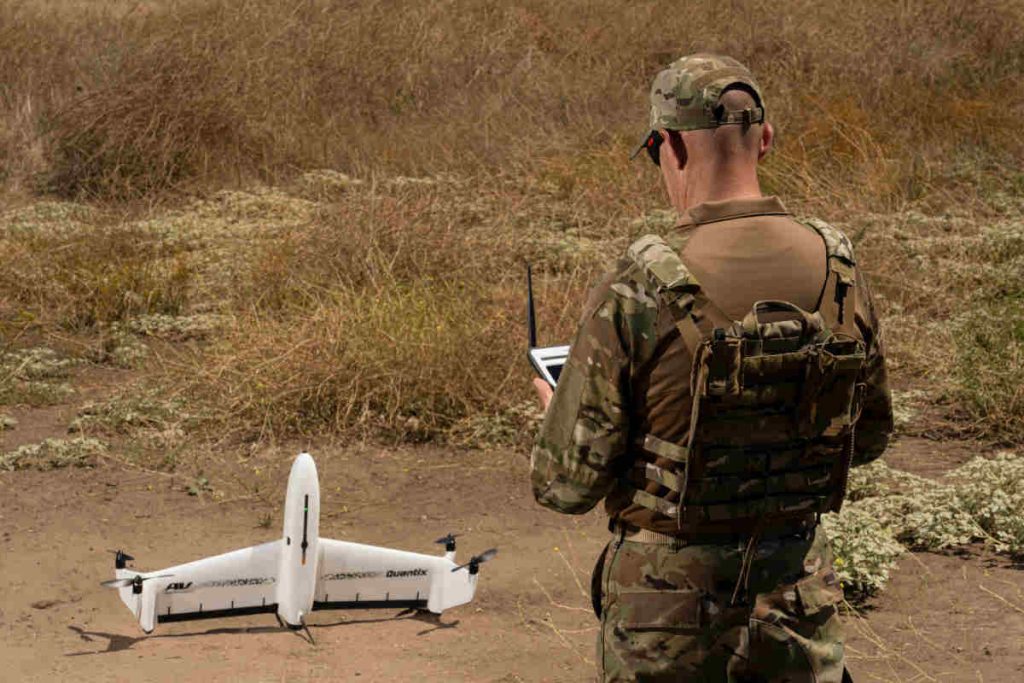 “AeroVironment’s Quantix Recon is a low-cost reconnaissance solution that can be in the air within minutes, capturing high-resolution georeferenced imagery of hard to access areas or dynamically changing environments.” said Rick Pedigo, vice president of sales and business development for AeroVironment. “Because it does not rely on radio signals during flight, Quantix Recon offers greater stealth for concealed operations and is unaffected by radio frequency jammers, providing greater protection for frontline troops while reducing cognitive load.”

Quantix Recon is equipped with dual 18-megapixel cameras that can capture both high-resolution true colour and multispectral georeferenced imagery. On-board processing allows users to immediately view the high-resolution geospatial imagery on the included operating tablet as soon as the aircraft lands, requiring no other devices, internet or software.

As well, through the operating tablet’s Quick-Look HD app feature, users can pinch and zoom navigation down to centimeter-level ground sampling distance, which the company notes as enabling them to pinpoint and react to critical issues with precision and speed.