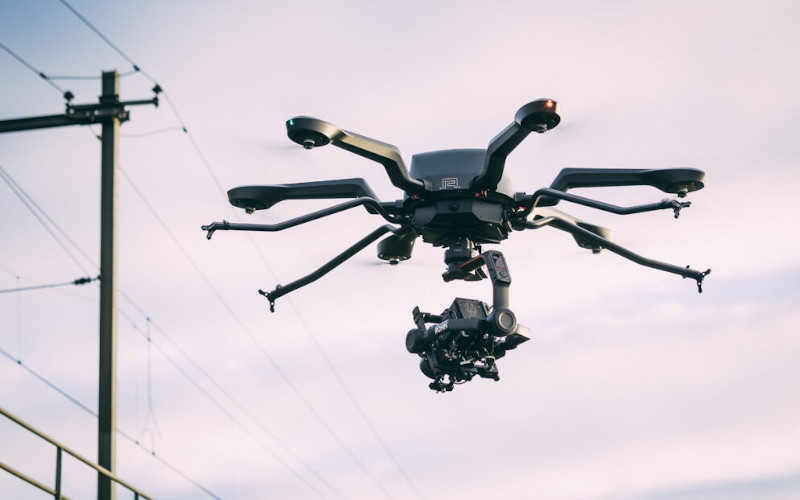 Acecore Technologies, which focuses on manufacturing commercial multirotors, released its third drone platform, Noa, which will begin shipping in June. The Acecore Noa drone has a 20kg payload capacity and what the company describes as an endurance of one full hour.

Leveraging six enlarged rotors and 28-inch reinforced carbon fibre props, Acecore states Noa was designed to combine heavy lifting with endurance in harsh environments. Its six custom motors are mounted upside-down onto its carbon fiber monocoque frame, allowing users to operate the drone in 9mm/h downfall. Acecore explains Noa’s hollow arms generate a cool airflow through the system, allowing it to be used in outdoor temperatures of up to 50 degrees celsius.

Users can swap payloads using Acecore’s modular Gremsy quick release, which is stabilized by internal octople wire damping. Using optional adapters, almost any third-party payload can be fitted, according to Acecore, such as the DJI Ronin 2 gimbal, equipped with RED Weapon 6K and Sigma 50-100 T2 cine lens. At 12kg/ 26.2lbs, the company explains this cinematic setup falls well within Noa’s lifting capabilities and can be flown for upwards of 25 minutes.

The Noa can be operated under the 25kg/ 55lbs Maximum Take-off Weight (MTOW) limit that many CAA authorities exercise. This version of the drone comes with its own specification sheet that specifies the MTOW of 24.95kg as opposed to the 36.9kg MTOW of the standard version. Staying under this limit, users can still operate payloads up to 8kg/ 17.6lbs with the improved redundancy and reliability of a hexacopter.